This might be one of the best introductions to electronics for budding inventors, with plenty of options to “think outside the box” — though the “box” itself is pretty cool too. Kids can build and customize a voice-activated robotic arm and innovate from there or just invent whatever they’d like. In addition to the robotic arm, the kit comes with a power supply, slide dimmer, sound trigger, proximity sensor, LED, buzzer and other goodies for hours of play and learning. The littleBits app has some good ideas, too, if your kids need some suggestions.

Don’t let the recommended age of 8+ limit you: You can guide much younger kids with this one. I play with my five-year-old, and older kids get just as much joy out of it as their younger counterparts.

Every month, my kids leap for joy when they see that the green box has arrived. Kiwi Crate excites them — they can’t wait to bust it open and get to work.

There are a bevy of STEM subscription-box options out there. Here’s what’s great about Kiwi Crate: It offers a line of accessible and exciting STEM and STEAM (that’s STEM with “a” for “art”) projects for infants through high school students. It’s won a bunch of awards too.

My kids currently share the Kiwi Crate, designed for ages five through eight, and they work on it together without my help. Every month, they receive a themed box of three STEM activities that require them to follow directions, build a project and use it. Kiwi Crates also come with a supplementary magazine, which they enjoy. Their favorite so far? Kiwi Crate’s rocket launcher. They’ve already worked out the perfect launch angle best suited to hitting me with projectiles while I make dinner.

If you’re not ready to commit to a subscription service, you can test out its products by buying one kit at a time too. It also offers chemistry sets, electronics projects and other options for onetime purchase.

Both of these coding robots from Wonder Workshop deserve a place on this list, despite the fact that they’re screen dependent. They’re that awesome.

My seven-year-old son came home from school the other day and said, “I can’t wait to write a story about Dash and Dot. I want to make them sing!”

“Robots!” he shouted. “I play with robots at school!”

“Awesome,” I said and immediately emailed the tech coordinator, who confirmed that yes, indeed, Dash and Dot are making a splash across the K-8 spectrum.

In addition to being a playful introduction to coding and robotics, Wonder Workshop’s two robots offer myriad possibilities for storytelling and creative play. While they require tablets, mobile devices or laptops for coding, the opportunities for collaboration outweigh their reliance on screens. My son loves making Dot and Dash carry objects, draw and even play the xylophone! They’re also Lego compatible, which makes them even more spectacular.

Speaking of Lego, its WeDo 2.0 Core kit takes a discovery-based approach to design, building and coding, and it’s perfect for little kids through the end of middle school. While older kids may prefer something from Lego’s Mindstorms line, the WeDo 2.0’s ample possibilities for building outside “the box” make it a good investment for all ages. The set comes with 280 building elements including a SmartHub and motor. As Lego does brilliantly, there are opportunities both to re-create pre-made projects using its app and to free build, which I heartily encourage. Whatever kids build, there’s always the chance to code some part of the project using an app similar to ScratchJr, MIT’s lauded coding program for kids ages five through eight.

Lego Education’s lesson-plan page is super helpful for parents, too, as you can filter ideas by kit and approximate age and grade.

My kids have enjoyed re-creating some of the 50+ projects that Lego recommends and then tweaking them. I love hearing my favorite kid-scientist question: “What happens if I do this?”

There’s just something about a cardboard box.

The most innovative of this lineup, the Makedo toolkit is also the lowest tech and least expensive. It allows kids to amp up their cardboard-box play by designing, creating and building worlds from the recycling pile.
Its starter kit includes one “scru-driver,” 28 “scrus” in two sizes and a safe-saw. Makedo offers some project suggestions and an iPad app, but you don’t need any of it. All you need is a splash of imagination and a kid with the desire to transform cardboard into a space pod or an ice cream truck or a playground or a windball or a…

Have a kid into music, electronics and building? Check out one of the coolest electronics kits ever: the Tech Will Save Us Synth Kit! Tech Will Save Us offers great STEM kits for kids ages four and up. Its goal? To “empower kids through open-ended play.” I’m all about it. I love its kits, and its age ranges are spot on.
With a focus on coding and electronics, Tech Will Save Us’ Synth Kit, designed for kids ages 12 and older, offers middle schoolers the chance to build a synth that actually works. While kids can use a tablet to follow the directions, they don’t need to interact with screens at all. The kit comes with enough pieces to build three synths — a Dub Siren, Stutter and Atari. Three potentiometers control volume, pitch and frequency, and kids can create the most wonderful of noises… I mean music. Rock on.

This has been a hit in my house since my son got it for his third birthday. My daughter, now five, plays with it regularly by starting with her favorite circuit — the loop — and then tweaking it by messing with lamps and meters.

The kit comes with nine projects, a snap-on base and the opportunity to expand from there. Elenco’s Snap Circuits Basic Electricity Kit is simpler than some of the other kits and toys on this list, but it offers an accessible, easy introduction to the concept of circuits and electricity. Plus there’s plenty of room to grow, no screens required. It’s worth taking a look at its DIY and maker kits and electronic instruments for older kids too!

This list is incomplete without a good old-fashioned chemistry set, the kind you can use to blow things up in the bathtub. With more than 300 experiments, this fun approach to high school chemistry includes an alcohol burner, multiple test tubes and liquids, and powders of varying colors, textures and viscosity. What’s not to love? Kids get a chance to play with molecules and atoms, the stuff of life. No screens required, although Thames and Kosmos offers apps for its equally impressive robotics kits.

We’re not quite here with this in my house yet, but as it is with most things, I suspect it’s only a matter of time. 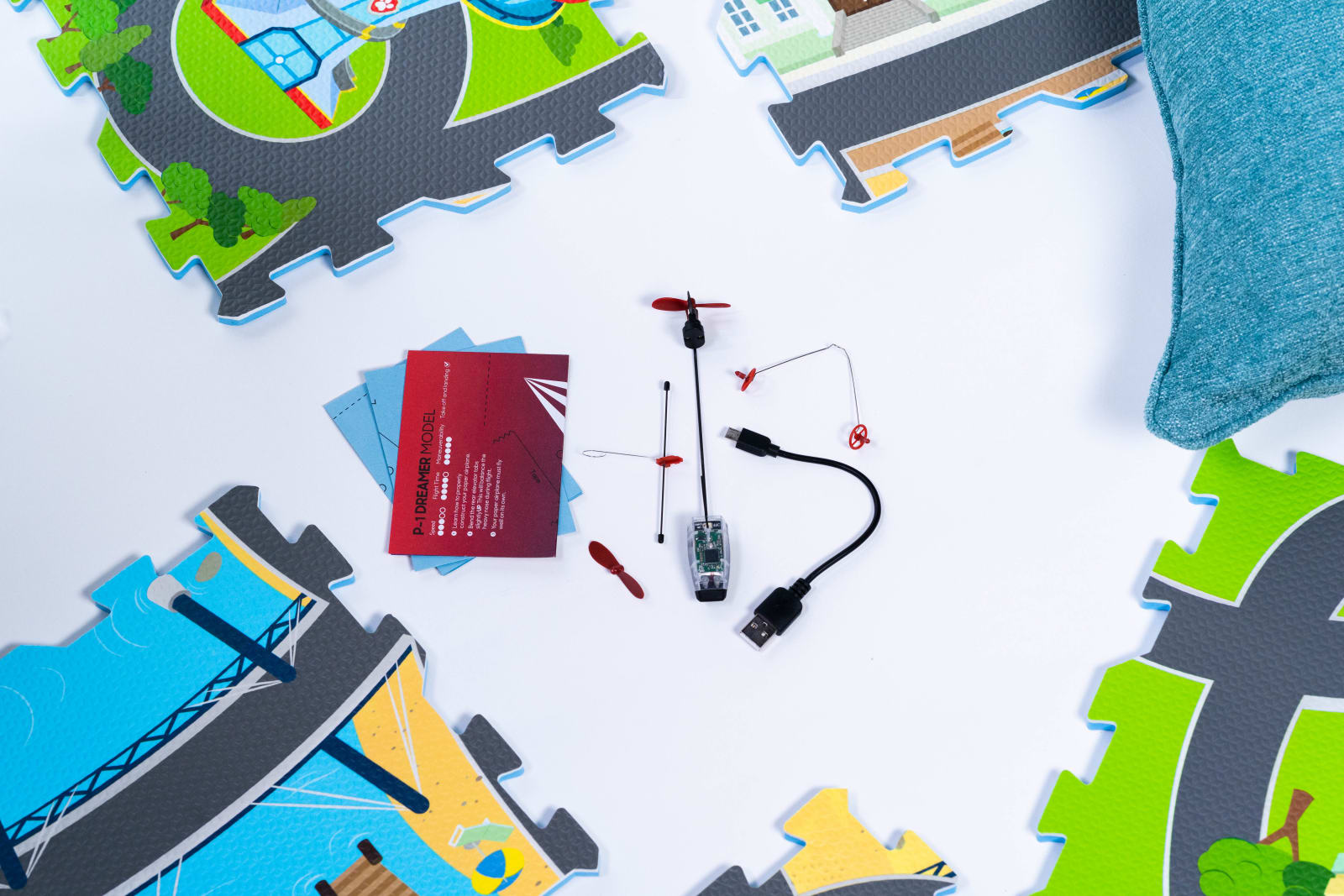